Estate: Frédéric Giachino’s family has been cultivating land on the Grésivaudan Plain and the slopes of Mount Granier for many centuries. In 1988 Frédéric took over the 1.5 hectares of vines from his grandfather, Marius Genton. Growing only local varieties such as Jacquère and Altessse, Frédéric increased the vineyards to 6 hectares, and reintroduced native grapes Persan and Douce Noire.

The slopes of Mount Granier are known for their craggy landscape, the result of a massive rockslide in 1248. The rocky soil is composed of clay and limestone, only vines are deemed suitable for cultivation. Frédéric, along with his brother David have been farming organically since 2006. Their wines are celebrated for expressing the complexity of the region.

Winemaking: 25 year old vines are in marl and limestone outcrops on the slopes of Mount Granier. Grapes are slow pressed; vats are temperature controlled to clarify the wine without the addition of sulphites. Fermented with native yeasts, “Malolactic fermentation is not controlled, it might happen. Wine is aged on the lees until bottling”. The name Monfarina takes its inspiration from a traditional Piedmontese dance. 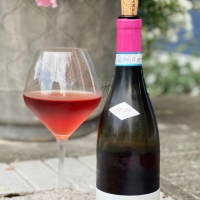 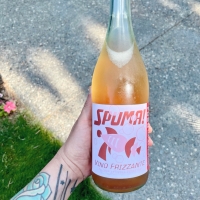 Vineyards carved out of the ancient volcanic cliffs on Ponza