Estate: Located in the southeastern corner of Sicily, Azienda Agricola COS was established in 1980 by three friends with a mission to “recreate the work of their ancestors” and to interpret the unique terroir of Vittoria. The name COS is an acronym of the founders Giambattista [Titta] Cilia, Giusto Occhipinti and Cirino Strano. Over the years Titta and Giusto continued to expand the estate by acquiring nearby land [Cirino left the company to pursue a career in medicine]. ‘Pithos’ [the Greek word for a large storage container] was born in 2000 when they became fascinated by ancient Greek cellaring methods and began working with clay amphorae [terracotta jars] the Greeks used thousands of years ago. In 2007 they built a new winery and replaced all of the oak barrels in their cellar with amphorae.

Philosophy: “If you listen to nature and respect it, the wine becomes a mirror of the land and of your soul. This will never happen if we do not accept the idea that wine must be an expression of the land, vineyard, and culture. Our wines are the history of a land and tell us.”

Winemaking: In the quest to express and protect the terroir of the land, they practice biodynamic viticulture along with ancient Greek cellar methods, such as fermenting and ageing in clay amphorae that are partially buried in the ground. The clay jars facilitate the ability of the wine to breath, and the aspects of the vineyard and varietal are more clearly appreciated, thereby allowing the wines to “represent their time and place”. “When committing to making wine without any chemical influences, nor following any recipes, and allowing nature to have the primary influence on the path of the wine, vinification in terracotta is the inevitable decision. The choice is not ideological, but ethical.” Only indigenous yeasts are used, no “external substances” are added. Practicing biodynamics since 2000, certified organic since 2007. 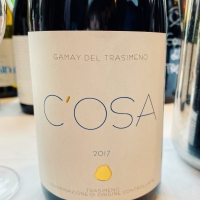 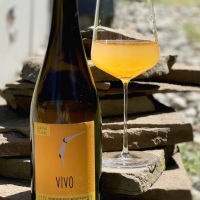