Winery: La Vieille Ferme was founded in 1970 by Jean Pierre Perrin [of Château Beaucastel fame] as a channel for him to produce inexpensive, straightforward Rhône wines to sell by direct mail in France. It was a successful venture and ultimately was introduced to international markets where they were met with much acclaim due to their high quality and value. Famille Perrin is the leading organic winegrower in the Southern Rhône Valley; the vinification processes and grape varieties at La Vieille Ferme [The Old Farm] mirror those in place at Château Beaucastel in Châteauneuf du Pape. Faithful to their family values, for over 40 years their wines “have been considered as one of the best values for money wines in the world”.

Philosophy: Valuing nature and tradition, for 5 generations the Perrin family has produced wine under a philosophy of “absolute respect for the soil, a commitment to manual methods, and a deep belief that organic viticulture is the only way to express the true essence of the terroir”.

Tasting Notes: Coral-pink in colour with enticing aromas of watermelon, grapefruit and rain-washed minerals. Flavours mirror the aromas with watermelon, zippy pink grapefruit and a streak of minerality. Citrus zest on the dry finish boosts the refreshing character. Gluggable, versatile, and a great value, this is one of my favourite summer sips. 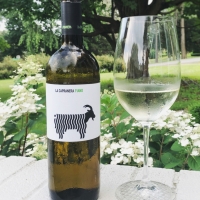 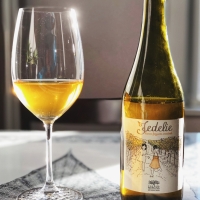