Winery: Fragile is a label [and the first Rosé] of progressive winemaker David Swift Phinney, founder of the acclaimed Orin Swift Cellars [Orin is his father’s middle name and Swift is his mother’s maiden name]. Phinney was “introduced to wine, how it was made, and got hooked” during time spent in Italy in 1995, upon his return to the States he took a job as a harvest worker at Robert Mondavi. It was there that he decided “that if he was going to work this hard, it would eventually have to be for himself”, and in 1998 Orin Swift Cellars was founded. Today the company has grown into an international brand that includes 300 acres in southwest France along with projects in Spain, Italy, Corsica, Argentina and other locations. However, his mission still remains a small, “passionate team of friends and family dedicated to making great wine”.

Tasting Notes: Orange pink in colour with aromas of strawberry and grapefruit zest. Layers of sweet fruit and slightly bitter almond notes construct a fantastic, engaging play of flavour in each sip. A lively acidity coupled with zippy pink grapefruit notes on the dry finish keeps you reaching for more [not even noticing the 15.3% alcohol!]. 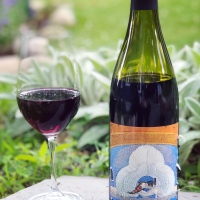