Our 3-day weekend in Montreal was absolutely fantastic [my husband’s team took home the silver], although we had very little spare time in between the hockey games for exploring much of the city. Somewhat disheartening was my inability to track down any Canadian wines; with the exception of some ice wines that I have seen in the States, they were absent from both the grocery stores and wine shop shelves [at least the ones in downtown Montreal]. My initial disappointment quickly faded away when I discovered the abundance of French wines available that I do not have access to in the States. It was difficult choosing as I felt like a kid in a candy store and wanted to try nearly all of them, but between being on a budget and not wanting to get harassed on my way thru customs, I unfortunately limited my purchase to 4 bottles.

Rather than risk getting thrown out of a Montreal bar for our NY allegiance, we decided to stay in our room to watch the Rangers’ playoff game. I figured it was another opportunity for me to continue on in my affordable Bordeaux adventure, so I picked up a bottle of Château Montaiguillon Bordeaux 2008. Château Montaiguillon is a family owned winery close to the medieval city of Saint-Emilion and its world famous Grand Cru wines. It also appeared to be quite the popular selection as it was only one of two bottles left on the shelf.
As the puck dropped, I popped it open and let the air get at it for about 20 minutes. Dark purple with red-violet highlights, aromas of rich vanilla and spicy black pepper rose from my glass. Tart cherry advanced over a subdued undercurrent of softer dried plum and black current flavours. The abbreviated finish displayed spicy black pepper and traces of warm mocha notes whilst fleeting mineral elements surfaced and lingered amongst the dry, firm tannins. Somewhat acidic, compact and smooth, this makes for a dry glass that requires a meal to make it agreeable.
40% Merlot, 30% Cabernet Franc, 30% Cabernet Sauvignon 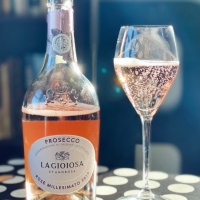 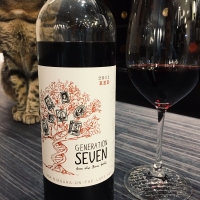 Antonio and Daniela di Gruttola rescue old vineyards of native grapes in Irpinia that were/are at risk of being abandoned or uprooted. Allowing the grape and the volcanic terroir express itself, Antonio farms using low intervention, biodynamic and organic methods.